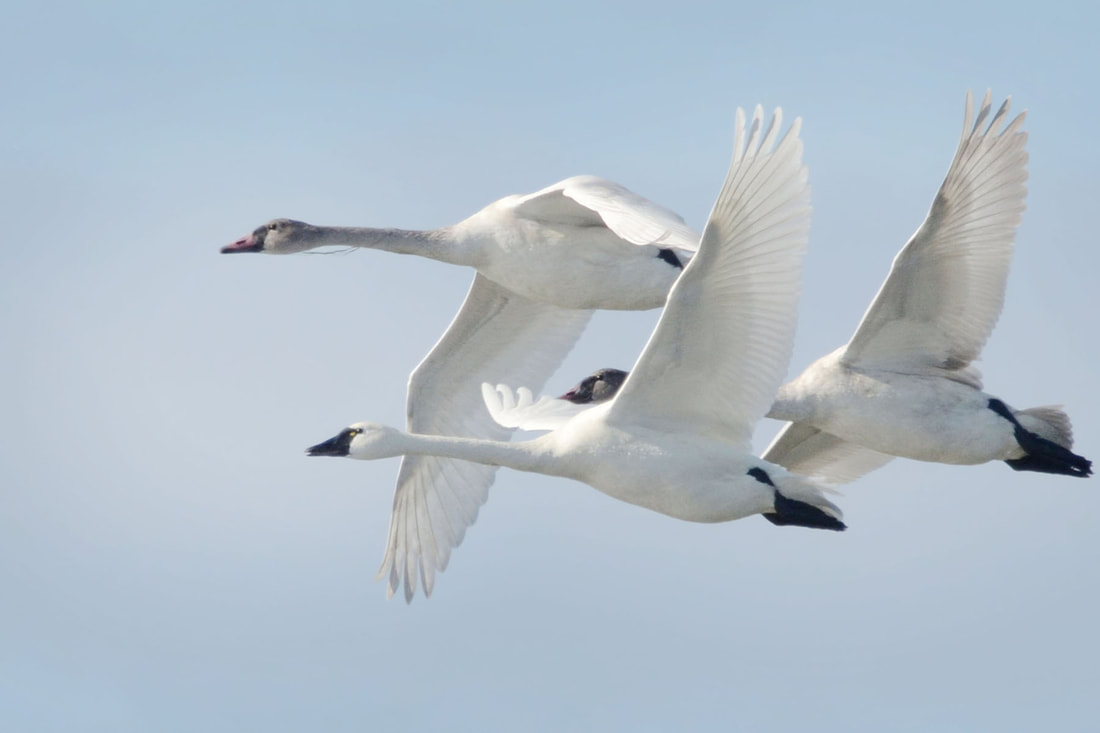 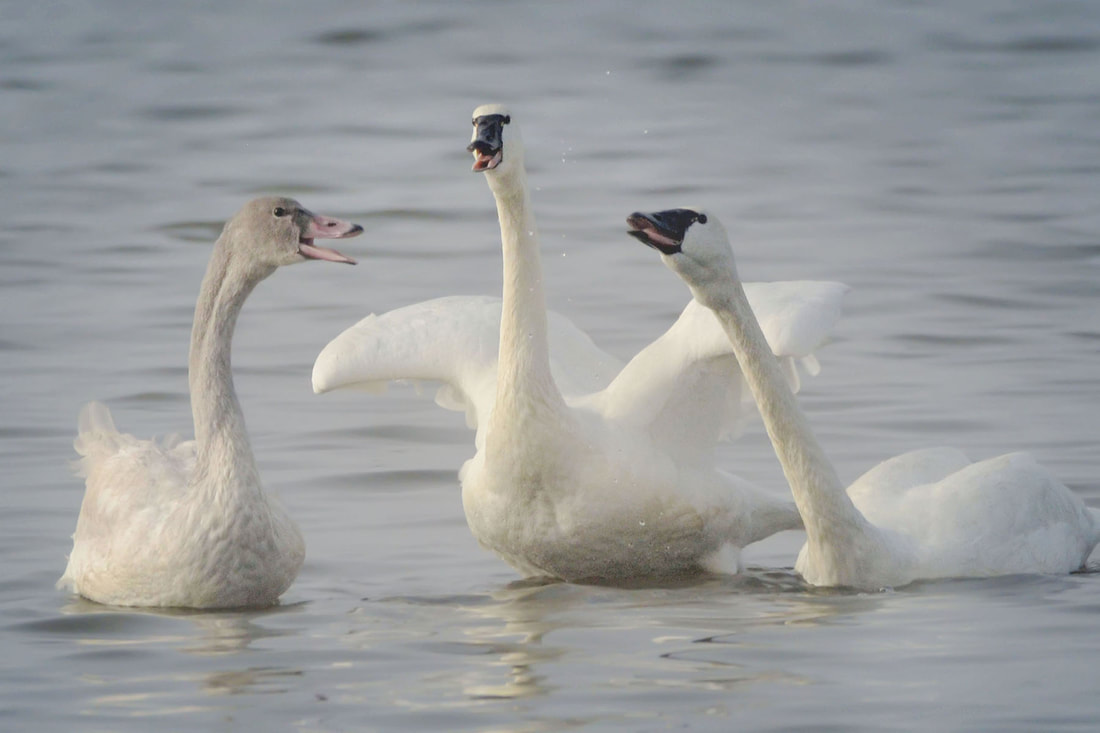 Tundra Swans including a juvenile
It was a quiet as I stepped onto the small peninsula at Little Ossipee Pond. I walked slowly, looking and listening for the three juvenile tundra swans that I heard had gotten blown off course from their winter migration. In the sky north of the pond I spotted them flying in. I watched as they ran across the water, landing, feet first, then body, and lastly their beautiful five-foot span wings gliding into a graceful touch down. They began swimming and nudging one another as though they were thrilled with their successful fly in. I sure was!
I followed them around as they swam to an area to settle in for the day. Once they seemed content with a small leaf covered mound in the water, I began to make myself comfortable, too. I snuggled into a hollow of wood tucked in close to a large tree root on the rocky shore. I adjusted my tripod and camera gear to low eye level, then pulled out my bottle of water and peanut butter crackers. I was dressed in warm camo as I had every intention to stay for the long haul to observe these young beauties.
Tundra swans breed and nest in the Artic. Young tundras begin to fly at around three months old. Like geese, tundra swans mate for life or until one or the other dies. They have a strong fidelity to their nesting grounds and to their migration routes. Many of them migrate along the US Pacific states but large flocks, at upwards to 100,000, have long migrating routes that travel to the eastern US Atlantic states. Most winter in North Carolina at Pea Island or Alligator National refuges which is approximately 3,000 miles from their nesting grounds in the Artic Colville River Delta. Yet another 25,000 fly to areas in Pennsylvania, Maryland, Virginia, Delaware, and the Chesapeake Bay.
As I sat for the day with the three juvenile swans, I couldn’t help but ponder the story behind their arrival in my home state of Maine. How were they blown off course without their parents who would normally stay with them for their first winter migration? Where were their parents? Would these young ones intuitively “catch-up?” Would they rejoin their family? Would they stay in Maine for the winter?
I watched each of them closely looking for any sign of weakness or anxiety. Thankfully all three appeared to be healthy.
Within just a few days they were gone but my journey to better understand them, the tenacious and majestic tundra swan, had just begun.
Notes:
Tundra swans are white, with black feet and a black beak. The beak does have yellow at its base but is sometimes hard to see.
Juvenile tundra swans are silvery gray, and their beaks are powder pink with black on the tip and base.
Generally young swans stay with their parents until the following breeding/nesting season.
A male swan is called a “cob.” It is larger than the female “pen.” The male is also fiercely protective of its family. A baby swan is called a “cygnet.”
Tundra swans have a wingspan of 5 feet wide and generally weigh 14-15 pounds.
Tundra swans make a high-pitched honking sound. 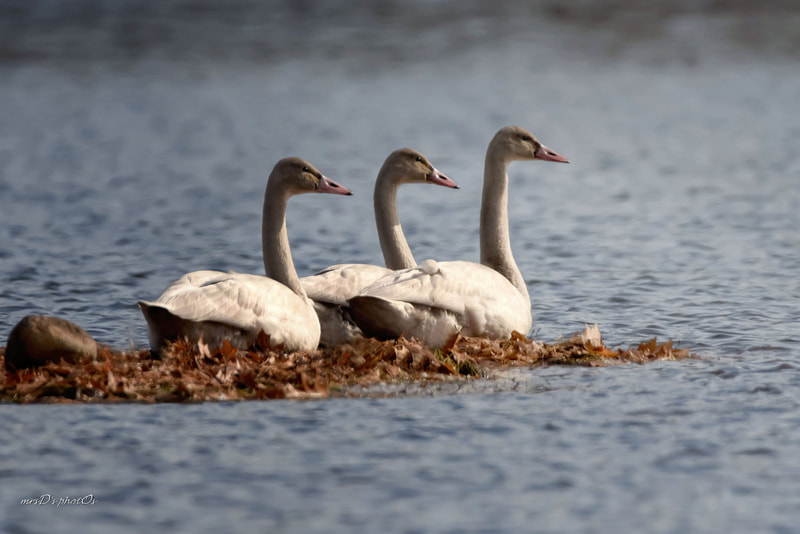 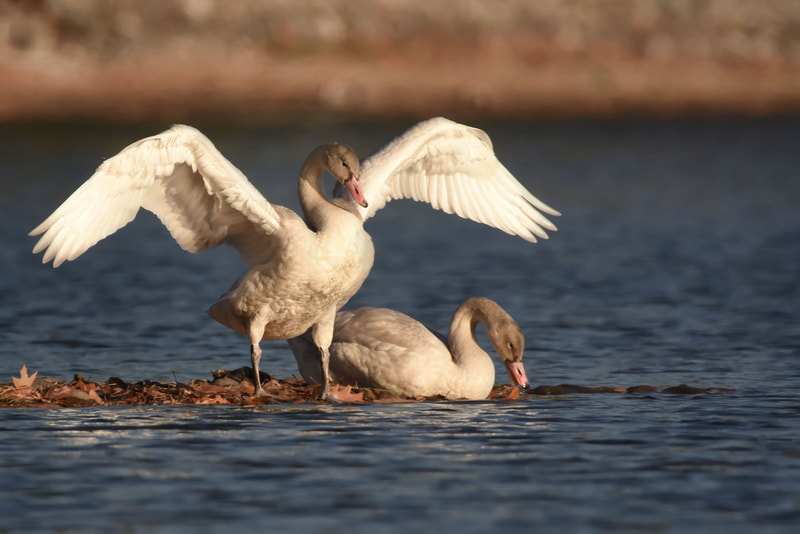 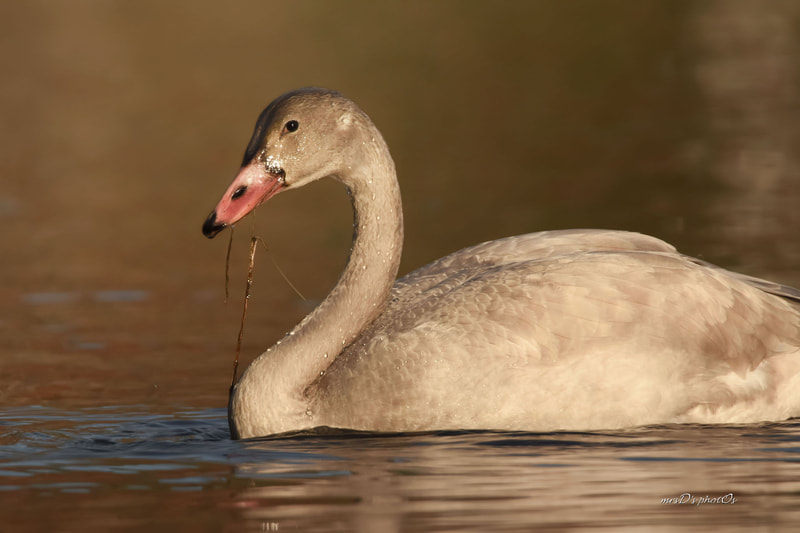 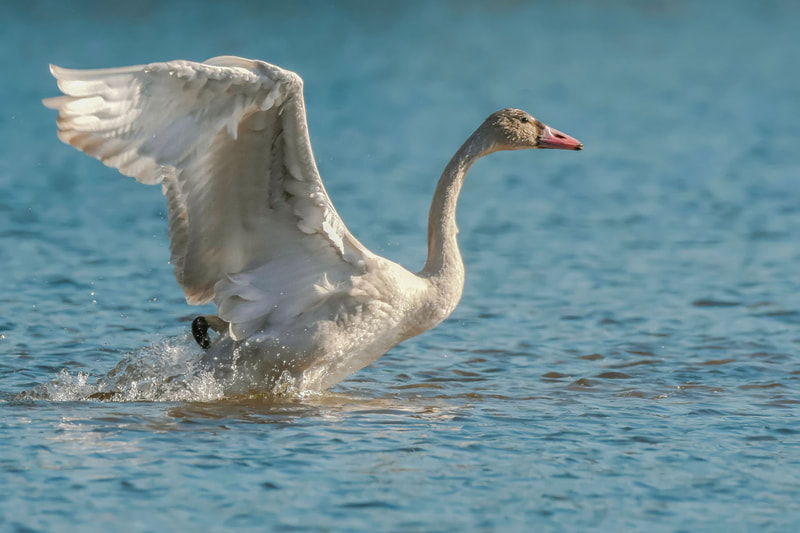 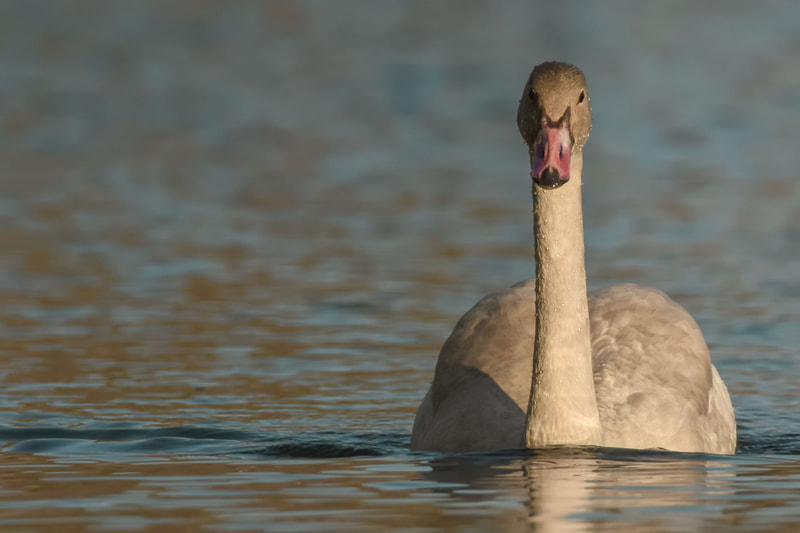